On this day, 16 March in 1914 my great-grandfather Alfred Charles Bray died in the Exeter Train Disaster. 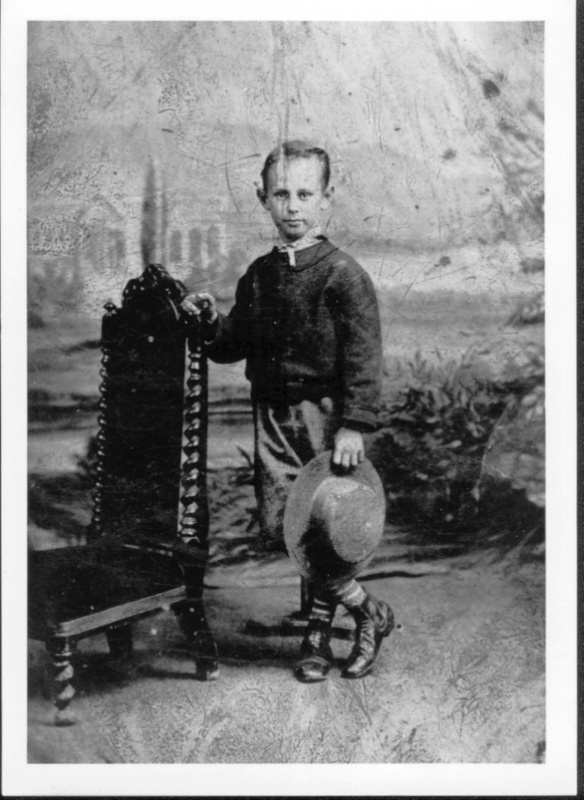 Alfred was the son of Harry Cornelius Bray who had arrived in Australia on 26 September 1853 at the age of 6 years with his family from Portsmouth on the barque St. George. Alfred’s mother, Mary Bannatyne (Armitage) also from England arriving with her family as assisted immigrants. Mary was named after the ship Mary Bannatyne on which she was born in the English Channel shortly after leaving Plymouth in 1949. Harry and Mary both grew up in Sydney and were married at St. Lilas Church, Waterloo on 22 Dec 1870.

Harry and Mary lived in the south Sydney area while Harry made a living firstly driving a baker’s cart and later as a van proprietor of carrier. Alfred Charles was the eldest of their eight children and born at the family home at 32 Bullinaminga Street, Redfern on 24 May 1871.

By the time Alfred married in 1894, he was employed as a sorter at the General Post Office and his family had moved to Hurstville where they owned adjoining properties at Woids Avenue and Bellevue Avenue. His bride was Ellen Louisa Cole who was born at Bungendore in the Monaro District of NSW on 22 January 1874. Her parents Frederick William and Ellen (McFarlane) Cole were both born in NSW, at Gundaroo and Raymond Terrace respectively. Frederick worked at several of the larger properties or estates in the Bungendore area including Foxlow, Carwoola and Gidleigh. Here the Coles raised their seventeen children.

Little is known of Ellen Louisa’s early life but it is not difficult to imagine that in such a large family that everyone would be kept busy with the daily family chores as well as contributing to work on the estates where they lived. It is likely that she received a basic education at the school at Gidleigh, establish on the property by the owner Mr. Rutledge for the benefit of his family and the resident staff.

It is not known how Alfred met Ellen but before her twentieth birthday she was in Sydney and they married at St. Thomas’ church, Balmain South on 15 February 1894. The couple initially lived at Hurstville with the Alfred’s family and their first daughter, Levena Mary, was born six months after their wedding on 29 August. In 1897 their second child, my grandfather Alfred Ernest Cornelius, was also born at Hurstville.

By the time their next child, Marjorie Elizabeth Martha was born in 1899, Alfred was working as a mail guard based in Orange. They then spent a number of years in Cootamundra where Daisey Fredrita and Dorothy Grace were born in 1901 and 1903 respectively. Finally the family moved back to Hurstville and the Woids Avenue/Bellevue Avenue property. Here they had three more children with Pearl Louisa born in 1906, Charles Cole in 1908 and Ruby Esther in 1910 but she died after two days. 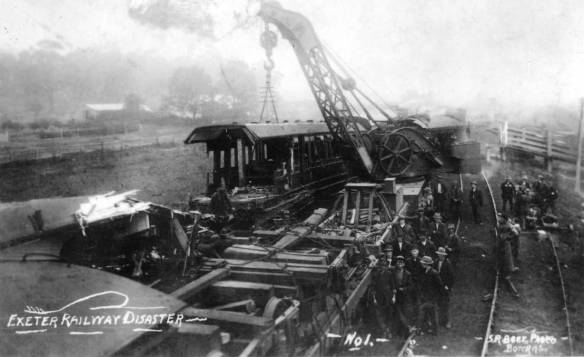 On that fateful night in 1914, Alfred was at work, as normal in the mail van of the Temora Mail train with 134 passengers on board that left Sydney at 8:10pm. It was a foggy night and the train was running late. As the train approached the station at Exeter shortly before midnight it was thought that the heavy fog obscured the signal. The driver was proceeding at only 13 miles per hour but he was not aware of a goods train shunting onto the loop line, until he was only about 65 yards away and although he applied the emergency brakes it was too late to avoid a disaster. The crash occurred 200 yards north of the Exeter station and although the impact speed was about 7mph in the carnage that followed 14 people were killed and another 26 injured.

In an article compiled by Philip Morton, sourced from the archives of Berrima District Historical & Family History Society, he explains in part that:

“Postal guard Alfred Bray was at the open door preparing to throw mailbags onto the platform – with his head crushed, he died. The second car, caught between the weight of mail van and engine, and the cars behind, leaped from the rails and drove through the front of the third.”

Alfred Charles Bray was buried on 17 Mar 1914 at Woronora Cemetery, Section J, 0001. The Sydney Morning Herald reported on 18 March that Alfred’s funeral was “one of the largest funerals ever seen at Woronora Cemetery”. He was just short of 43 years old. Alfred’s death left Ellen a widow at 40 years of age with one married daughter and the six other children at home aged between 17 and 6 years. Ellen’s father had died 15 years earlier and her widowed mother was seventy and living in Balmain. Luckily she had the support Alfred’s family who were still living at the Hurstville properties.

Philip Morton further tells us that:

“The verdict of the Coroner’s Inquest held at Bowral on March 24, 1914 was that [the Temora Mail driver, Peter] Irwin caused the accident by over-running the home signal. A rider was added that loops should be lengthened or refuge sidings placed at both ends, and further precautions taken during fogs to ensure safety of the public by calling out fog signalmen earlier than was the case. Irwin was committed for trial on a charge of manslaughter.”

At the Goulburn Courthouse in April the jury considered there was sufficient doubt, and Irwin was acquitted.

Alfred’s estate was probated on 17 April 1914 and letters of administration granted to the Public trustee. He died intestate and his estate was assessed at under £700. A claim was subsequently made, on behalf of Ellen Louisa Bray, to recover compensation from the Railway Commissioners for alleged negligence in connection with the death of her husband in the collision. The matter was settled for £1200. The deceased left seven children. The jury allocated compensation of £400 to Ellen, £50 to the married Levena Mary (Hebblewhite) and £125 to the other six children.

Ellen was known as a strong independent woman and she successfully continued to raise her children at Hurstville as well as watching her older son, my grandfather Alfred Ernest Cornelius, go off to WW1 when he was 18 Years old in 1915. In 1923 she was remarried to a widower Walter Clark at 103 Baptist Street, Redfern. She died on 27 September 1943 and was buried on 28 September 1943 at Woronora Cemetery next to Alfred. 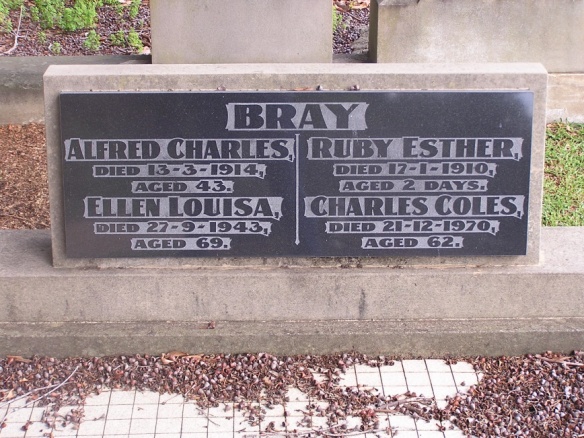 In March 2014 a solemn memorial service was held at Exeter station commemorating the centenary of the train crash and a memorial plaque was unveiled, which included the names of people who died in the 1914 disaster. 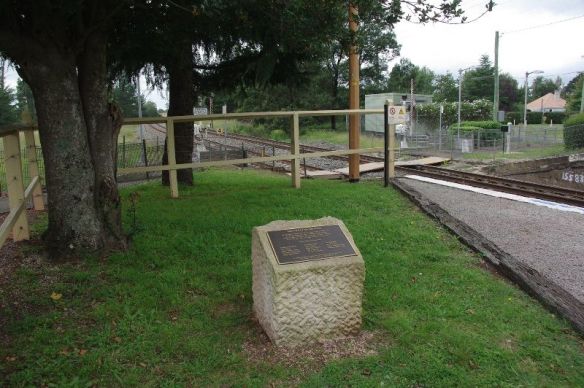