John Morrison was a Manxman. Our Morrison family came from the Isle of Man, not from Scotland as would commonly be assumed, but from that small dot in the middle of the Irish Sea with its rich Celtic and Viking history. He was christened at St. Anne’s parish church on July 23, 1855.

By way of digression, the name St. Anne is a example of the Anglicisation of the Manx culture which over the centuries was similar to that occurring in Scotland and Ireland. The parish was originally named for St. Sanctain, a 6th-century Manx bishop, said to be a disciple of St. Patrick who originally came from the north of England. The name seems to have become confused with St Ann(e) once memory of this obscure Saint had disappeared. Today it is generally known as the parish of Kirk Santan. 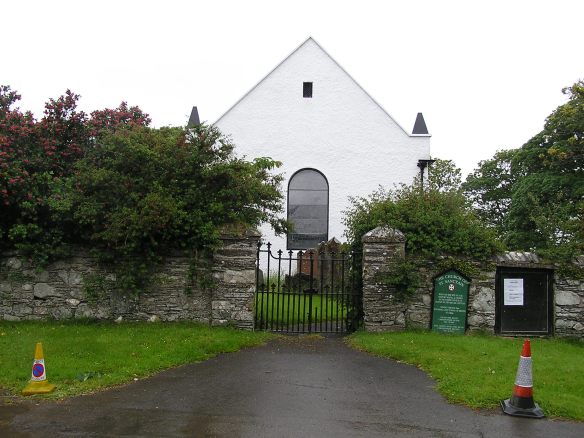 Another example of Anglicisation relates to the name Morrison which only came into common use on the Isle of Man from about 1800 when surnames also became more stablised. Ancestors of our Morrisons were known by many variations over the centuries including MacGilborr in the 16th century and then tending to be recorded as Mcillvorrey and later Mylvorrey. John’s grandfather was born in 1788 as Patrick Mylvorrey but he died and was buried in 1862 as Patrick Morrison.

Little is known of John’s early life. He married Margaret Christian at the age of twenty-five and raised a family of five children, with another dying in infancy. He worked as a fisherman for a number of years and then as a railway plate-layer, until at the age of about thirty-five he turned to gardening. By 1891 he was living with his family at Kentraugh Mill presumably at the Kentraugh estate where he worked as a gardener for  about the next twelve years. The owners of Kentraugh had included the notable Qualtrough and Gawne families. As well as the outdoor staff the large household sustained up to 12 indoor servants – governess, butler, housekeeper, footmen etc.

The Institute of Historic Building Conservation Institute suggests that Kentraugh appears to have been an older five-bay farmhouse that was enlarged in the period 1815–1820 to become one of the island’s premier estates. The Kentraugh “villa” was built of freestone, taken from the quarries of Mostyn, Denbighshire, North Wales. A noble colonnade extended along the entire front of the building, “upwards of ninety feet, supported by eight massive columns of the Ionic order.”

The various owners of Kentraugh were known as keen agriculturalists. A 1842 guide to “the Isle of Mann” described Kentraugh as possessing “the most extensive shrubberies and hot-houses in the Island” and the 1846 Slater’s Directory noted that “the gardens and pleasure grounds are delightfully laid out.”

Gardeners were very well respected and much sought after by the Gentry, often they moved from family to family probably for better pay and maybe a larger garden and to have men working under them.

By about 1903 John had become gardener at Government House, “Bemahague” in Onchan, which was the home of the Lieutenant Governor Lord Raglan. Bemahague, originally a farm, was supposedly built between 1820 and 1830 and extended in 1904 (after purchase by the Government). The house commanded “a fine view of the whole bay” and the grounds covered approximately 12 hectares some of which is lawn and gardens with most of the rest being grazing land.

There may have been an earlier building at Bemahague because a July 2004 Manx National Heritage Library article refers to it in a Mutiny on the Bounty connection. “On February 4 1781 at the Onchan parish church, William Bligh, later commander of the Bounty, married Elizabeth Betham, whose family lived at Bemahague, Onchan.” 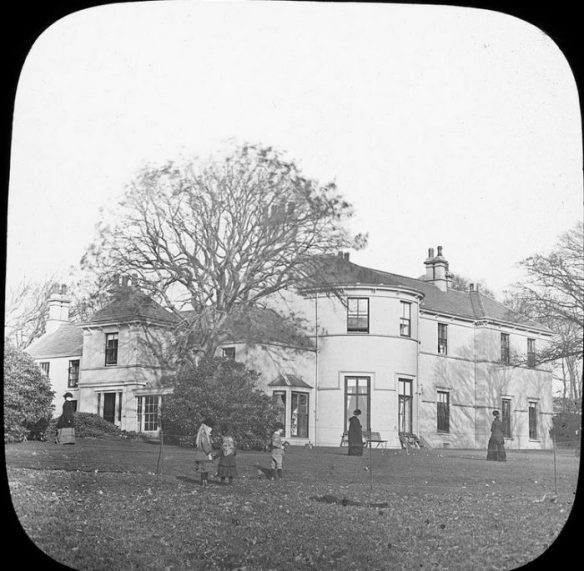 This photograph is indeed Government House in the Isle of Man and is published in the book ‘Governors of the Isle of Man since 1765’ by Derek Winterbottom and is captioned Bemahague in the 1880s. ( National Library of Ireland on The Commons: Photographer: Thomas H. Mason)

John showed his flowers at all the Chrysanthemum shows in Douglas and Castletown where he won prizes every time, and an example is seen in comments on the 1908 Chrysanthemum Show in Douglas, that appeared in the local newspaper: ‘Mr. J Morrison the Governor’s gardener made a big step forward in this section and by his wins must have made his Excellency a proud visitor at the Show.’

John must have been a very respected man as this would have been one of the most prestigious positions on the island to be the head Gardener for the Governor.

John is believed to have died in 1915 and buried in Onchan cemetery.